In the summer of 2013 I created The R’lyeh Tribune blog, and wrote weekly posts until May of 2017.  Most of those essays and articles focused on H.P. Lovecraft and his contemporaries in horror, fantasy and science fiction, though other topics were also explored.  From time to time, I hope to add new material to The R'lyeh Tribune going forward.

My new blog, Egregoric Times, will continue where the previous project left off.  I've only just begun.  The new blog is located at EgricgoricTimes.wordpress.com.

I am eager to return to some themes that were briefly investigated in The R’lyeh Tribune, especially the relationships between horror, religion and dream psychology.  Is there an underlying experience or sensibility that unites all three?  And in these troubled times, is there a collective response, a social conjuring of some entity that we unwittingly empower through our focused attention?

That is, an egregore?

For several years I have been fascinated by the idea that literature, religion and dreams could be “of the same substance”.  That this substance may be the same material from which egregores are formed, through a process of sustained, focused, ritualistic attention.  It seems likely that this substance, this stuff emanates from a personal and collective unconscious, which in fact is not un— or sub— but the primary consciousness through which we experience the world.

When we focus the meager light of our self-awareness on the roiling dark waters that surround us, what takes shape there?  Should we interact with it, talk to it, chant it into view?  Is it something we want to see, something that leads us to salvation?  Or is it something that makes us scream?

H.P. Lovecraft and his colleagues at Weird Tales created enduring and influential work during a period of great social and technological change—not unlike our own times.  American society needs horror writers like Lovecraft and others, past and present, to document our personal and collective nightmares, so that we may revisit them—at some distance—and come to a greater understanding of ourselves.  Perhaps by doing so we will avoid catastrophe.

Perhaps.  As I write this—seven years later, in the middle of 2020—catastrophe still looms.  A global pandemic, a traumatic national election this fall, and planetary environmental degradation are only a few of the current harbingers of disaster.  I still suspect that horror and religion are two halves of the same coin, rolling together toward that doom we all share, whether we seek the possibility of salvation or not.

Posted by Sean Eaton at 4:58 AM No comments: 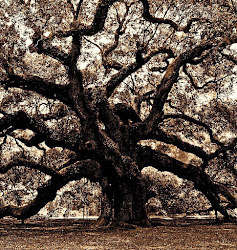